#1805 – Column count of mysql.user is wrong expected 45 found 42. The table is probably corrupted 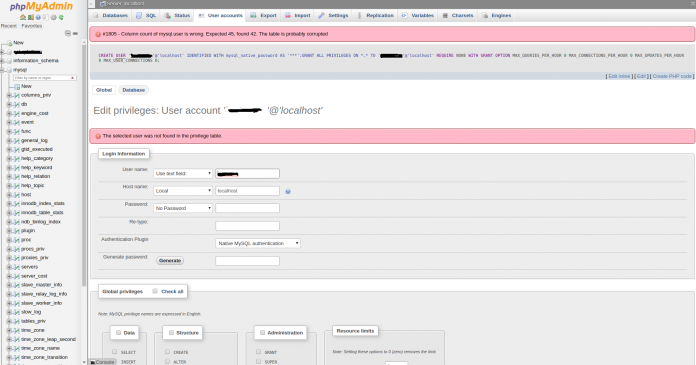 #1805 – Column count of mysql.user is wrong expected 45 found 42. The table is probably corrupted

mysql user even I tried from terminal window. Image – 1 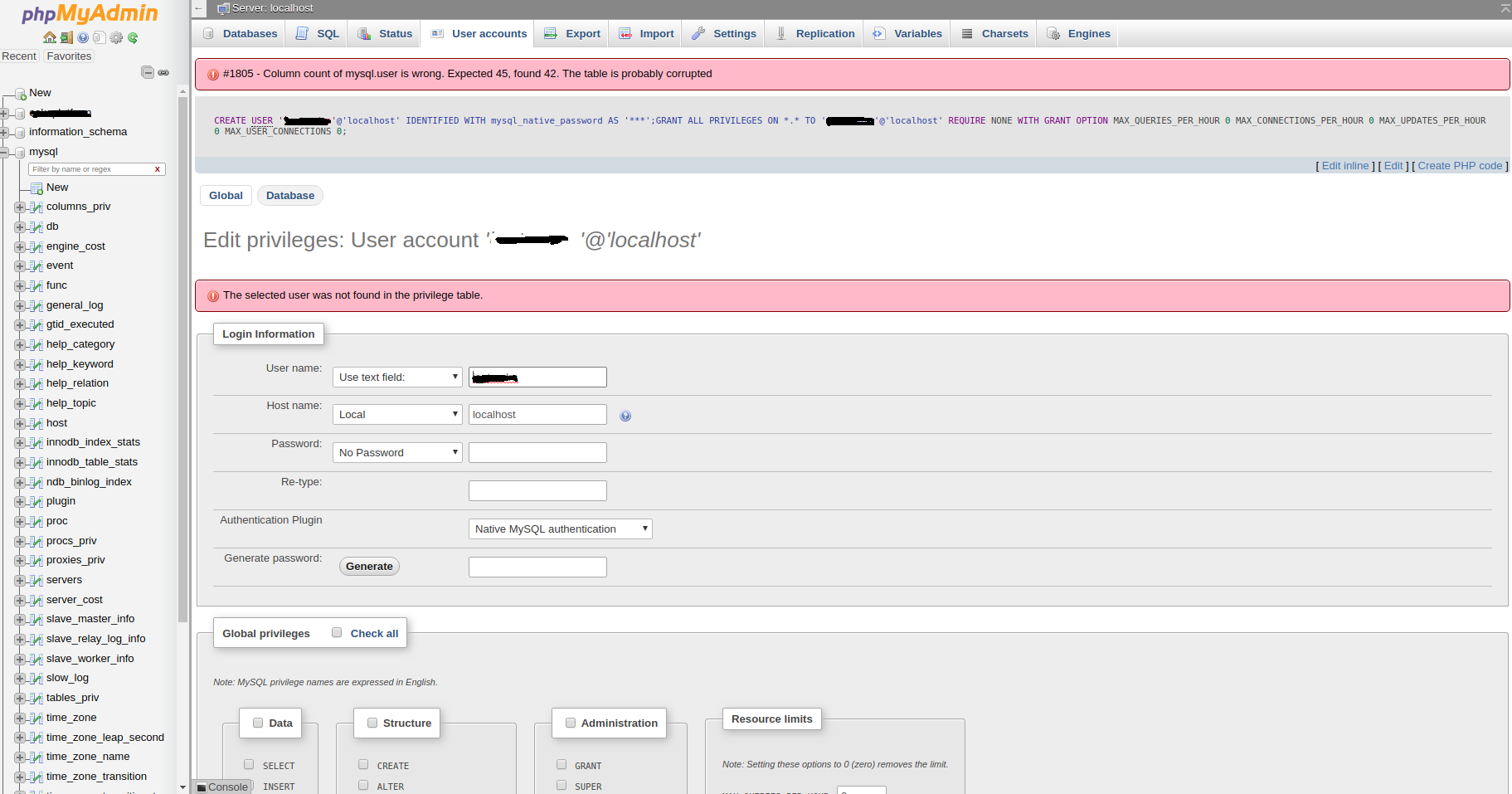 As the error is column count of mysql.user is wrong expected 45 and found 42. so to check with another

I just installed same version mysql 5.7.23 in another temp machine and could find 45 columns in mysql.user table.

where 3 columns missing here in this mysql.user table.

Solutions came to my mind

1 – To take backup of database and reinstall mysql 5.7.23 version again but to install you need to use apt-get install command, which will install the updated version of any package may create more error in the server.which I didn’t follow.

2 – To run upgrade command like apt-get upgrade mysql-server5.7.23, while running upgrade it will check for missing things and fix. which I didn’t follow because it may create more error in the server by updating any package.

3 – I just tried to add those columns manually which also didn’t work.

4 – Finally I thought to replicate same error in the temp machine and to try for the fix.

5 – I took whole database dump backup and restored in the temp machine and to my surprise I could get same error as like in server while creating mysql user.

you may also like :- How to take mysql database dump and restore and also to take database individually backup.

6 – Then after much research I could find a command which solved the error.

I just ran this command mysql_upgrade -u root -p

and I could now able to create mysql user and assign privilege to the user without any issue. – Image – 2 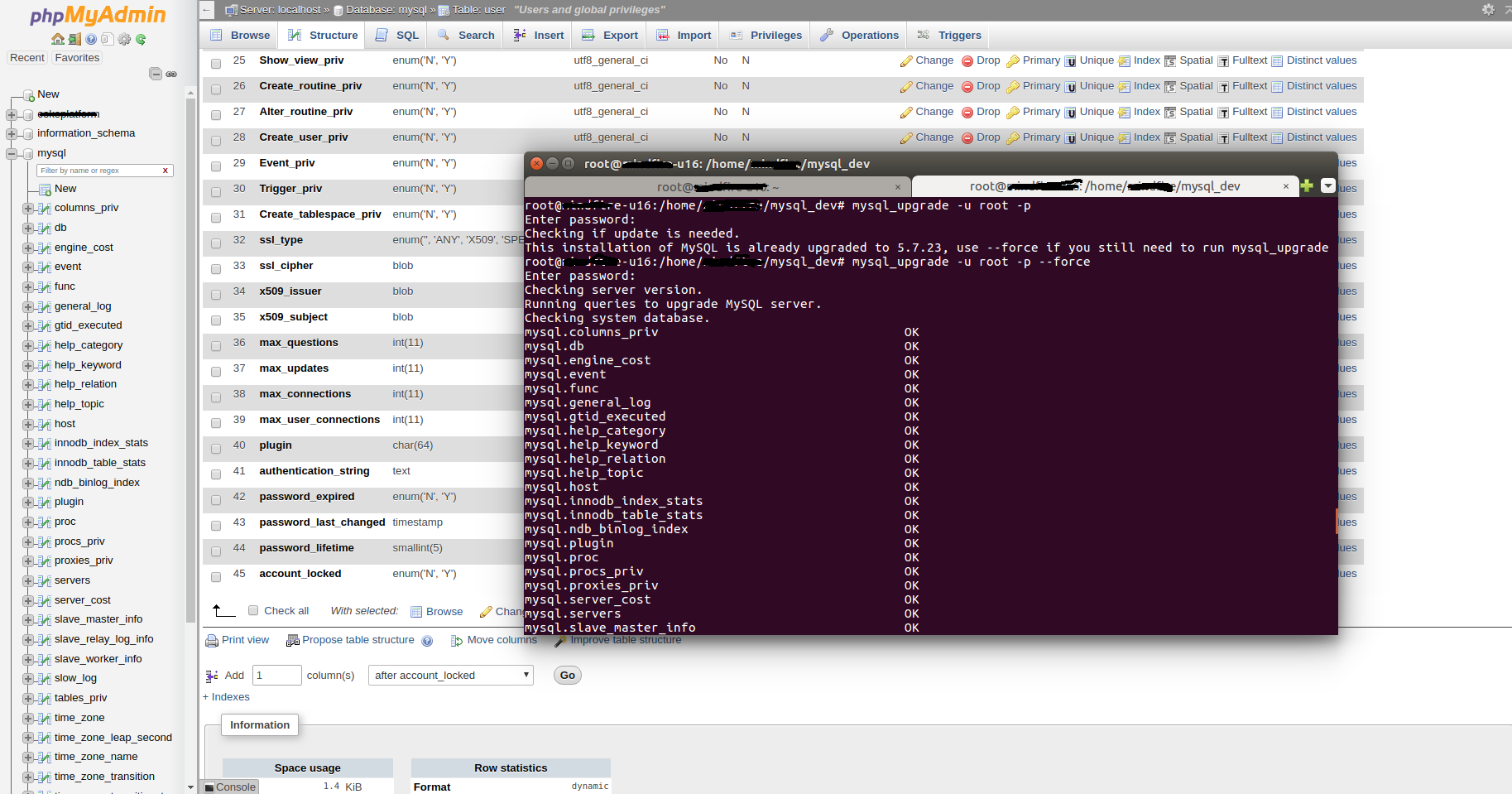 Also there is another command which also worked sudo dpkg-reconfigure mysql-server-5.7 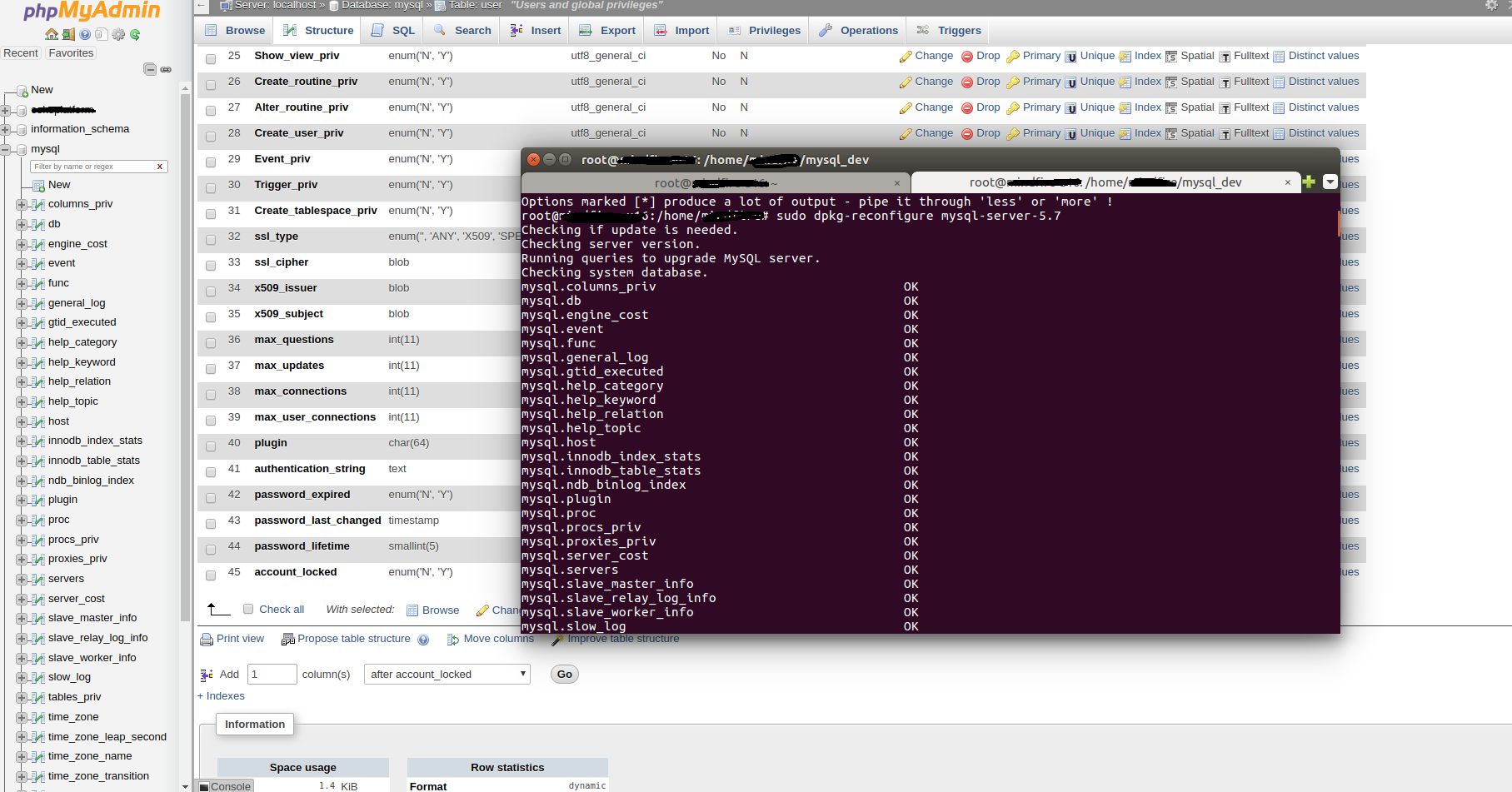 So you can apply any of the above solution to fix the above error.

How to resolve network wifi issue in Ubuntu 16.04 LTS

Durga Charan Ojhahttps://lifeonnetwork.com/
I am a proud Indian, proud father, a blogger, Being in a profession as System administrator, my passion is troubleshooting computer issues, I do like sharing solutions through blogging making videos of solving issues.
RELATED ARTICLES
AWS EC2